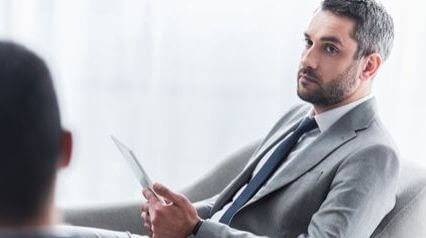 What is an Investigation Report?

How To Write An Investigation Report

What is investigative report writing anyway? An investigation is a step-by-step method for determining facts about an issue or incident in public or workplace settings. Without proper documentation via an official investigative report, however, one cannot present a clear picture of what happened. To ensure that all facts, testimonials, and evidence are collated for later analysis, an investigator should follow three essential steps.

Step 1: Start With What You Know

The investigator should record the information about the subject (respondent or accused person) and the details of the complaint. Take note of specific descriptions such as times, dates, and locations to further clarify the issues of the matter.

Example: Alicia Bates alleges that Clark Nichols, a payroll clerk, has been falsifying his timesheet. Alicia says that she noticed a discrepancy when she reviewed the timesheets in preparation for the January 2019 payroll. On February 4, Alicia required Clark to explain in writing said discrepancies and saw that it did not align with the hours that he reported.

Step 2: Make Sense of What You Have

Evidence analysis can substantiate claims from either party. The investigator should gather physical evidence such as footage, email records, documents or papers, physical objects, etc. and document investigative interviews. These should then be analyzed to identify the relevant facts, assess the credibility of disputed facts, and dismiss irrelevant facts.

Example: CCTV footage shows that Clark was not in the office during the times he reported in his timesheet. I interviewed Clark on February 11, and he denied the allegations. He said that he would start as early as 4 AM sometimes and go to a local fast food chain for breakfast by 8 AM, which he argued explained his absence. Clark sought the assistance of a fellow payroll clerk, Alfred Mariano, to cover up his conduct. I interviewed Alfred on February 12, and he said that he usually sees Clark in the office after their lunch break.

State the conclusion reached based on the facts and supporting evidence. At the end of the report, the investigator should indicate whether the matter is substantiated, unsubstantiated, or inconclusive.

Example: There is clear evidence to prove that the subject falsified his timesheet, a violation of the Company Code of Conduct Section 3. Therefore, the complaint is substantiated.

How to Use an Investigation Report Template

The accurateness of an investigation report lies in its structure. The structure allows reports to be consistent and reduces the time and effort spent in preparing and writing the report. Additionally, it would also be ideal if investigation reports are performed in a tool that allows easy collaboration, documentation in one safe location, and real-time report generation. An investigative report should include basic information about the related parties involved in the investigation, the type of case (e.g., complaint, violation, incident, or an accident), summary of details related to the case which will help provide better context on the issue, evidence such as photos, footage, email records, interview statements of people involved, and other substantial documents should be included to strengthen the report, and lastly the conclusion which states the result of the findings from the case.

An investigation report is an excellent way of presenting the information and evidence gathered during the investigation. Documenting investigations ensures a reliable account of the event.

Evidence documentation and creating investigation reports using pen and paper can be time-consuming and burdensome. Investigators can use SafetyCulture (formerly iAuditor), the world’s leading inspection software, and take advantage of these benefits:

An incident investigation report template is used to document an incident as soon as it occurs, no matter how big or small. Capture relevant environmental, equipment, system, and people factors that may have contributed to the incident. You can also use this template to identify steps to be taken based on contributing factors and underlying causes.

An accident investigation report template is used to determine the root cause of an accident so that future occurrences can be prevented. This template can be used by workplace supervisors to gather general information on the injured employee, record witness statements, identify the details of the accident, and describe its consequences. An accident investigation report also includes recommendations to avoid accident reoccurrence.

A site investigation report template is used by qualified investigators to determine characteristics of the soil in a specified property. It can help support a risk assessment, provide data for the design of remedial works, and benchmark the contamination status of a site. Use this template to specify the site information, characterize soil through testing, and complete the report by providing your overall findings and digital signature.

A fire investigation report is a comprehensive summary of a fire incident. Use this fire investigation report template to collaborate with the investigative team in identifying the root cause of a fire. Determine whether the fire was accidental or criminal and describe factors and issues that may have contributed to the incident. Document interviews from relevant witnesses, take photos of the area,and complete the report by providing recommendations to improve safety.

An incident investigation report template is used to document an incident as soon as it occurs, no matter how big…

A site investigation report template is used by qualified investigators to determine characteristics of the soil in a specified property.…