STCW for Seafarers: What You Need to Know

Learn about the new standards and how they affect seafarers, shipping companies, and vessel owners. 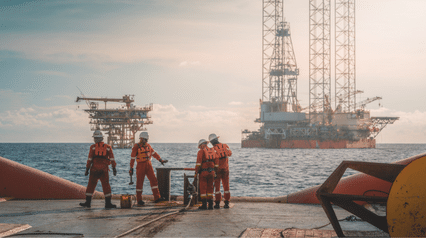 A set of international standards for the training and certification of seafarers, the Standards of Training, Certification, and Watchkeeping (STCW) code, was developed by the International Maritime Organization (IMO) in 1978. The STCW code sets minimum requirements for the education and training of seafarers to ensure they can perform their duties safely and efficiently. The code is regularly updated to keep up with maritime technology and practice changes.

As a requirement for obtaining a certificate of competency, seafarers must complete STCW-compliant training courses and examinations. The STCW code is mandatory for all vessels operating on international voyages, and many national maritime authorities also require compliance with the code for ships operating on domestic travels.

Who is STCW for?

Commercial vessels over 24 meters (78.74 feet) require STCW certificates or courses for their crews. Before applying for a job, you’ll need STCW qualifications or courses. The courses or qualifications you’ll need will vary depending on the position you’re looking for and the post you’ll be assigned when onboard.

The STCW was created at an international conference in 1978 and established standards for mariners worldwide. Before the International Maritime Organization (IMO) developed a global collection of regulations, it was up to individual governments, which caused difficulties as sailors crossed national boundaries. As the shipping industry is global by nature, the STCW established the first set of fundamental safety and watchkeeping standards to reduce confusion primarily.

The IMO established a more comprehensive STCW code in 1995 after the international STCW Convention established minimum safety requirements in 1978. In 1995, the IMO revised its original STCW standard to include additional specific qualifications for various mariner positions and thorough safety training. These amendments came into force in 1997, and individuals joining the maritime sector after August 1998 were obliged to meet the new standards set in 1995.

In 2010, the IMO updated the STCW rules, known as the Manila Amendments. The 1995 STCW was becoming obsolete due to the fast development of technology and improved shipping practices.

The IMO and United States Coast Guard have implemented new rules and regulations of the updated STCW 2010 for seafarers entering the marine industry since January 2012. Until 2017, the IMO introduced new requirements annually, giving marine businesses time to update equipment on board and provide their employees with enough time to complete additional training and certification courses.

In a nutshell, STCW 2010 is the new standard that all commercial ship sailors must follow.

The most significant change for all maritime workers is the inclusion of revalidation training. To keep your paperwork valid, you must now have documentary proof to show that you completed your fundamental safety training within the last five years. The standard implies that you can’t board a ship if your credentials do not undergo revalidation training every five years.

The addition of two new voluntary security courses is another significant improvement:

How Many Courses Are There in STCW?

The STCW Fire Prevention and Firefighting course gives individuals the education and training they need to get a certificate of competence or be a competent seafarer. The course also meets the standards set by the STCW Code for fire prevention and fighting.

STCW Personal Safety & Social Responsibility (PSSR) training provides a basic introduction to safety procedures and accident prevention to all persons who want to work on board merchant ships while familiarizing them with the job prospects and working conditions.

The Personal Survival Techniques (PST) program is part of the basic safety training required by section A-VI/1 of the STCW Code for seafarers who conform to international norms. This course will provide sailors with the necessary knowledge, understanding, and competence to protect themselves and others on board under international rules.

The STCW Proficiency in Maritime Security Awareness (MSA) program is for people who do not have security responsibilities on board merchant ships. The program provides them with the necessary ship security awareness training to meet the knowledge, understanding, and competency requirements of the STCW Code.

How Long are STCW Certificates Valid?

All STCW endorsements you possess are subject to renewal when your Merchant Mariner Credential (MMC) expires (5-year validity period). Some endorsements will need more training to refresh or revalidate specific topics. Renewal of the Basic Training endorsement is one of the STCW endorsements.

Other endorsements include Basic and Advanced Firefighting, Lifeboatman-Proficiency in Survival Craft, STCW Re-validation and Refresher Coursework, and License Advancement. The level and position you hold on a ship determine the kind of endorsements you need.

Obtaining an STCW endorsement requires coursework or onboard assessments that adhere to worldwide safety and competency standards.

There are several kinds of STCW endorsements and qualifications that you may need to obtain certain maritime occupations. The STCW endorsement you’ll require depends on the ship you operate on and your rank.

To get an STCW endorsement on your current rating or license, you must satisfy the minimum standards such as age, sea experience, training, and onboard testing. You must complete US Coast Guard-approved maritime training programs to receive STCW endorsements.

Any mariner who works aboard a ship operating outside the United States’ territorial boundaries must have an STCW endorsement. The Territorial Boundary Line runs three miles from the Atlantic and Pacific Coasts of the United States to the Gulf of Mexico, separating Inland and Coastal Waters from Ocean Waters. You must have an STCW endorsement if you’re working on any vessel that crosses an international border.

If you apply for your merchant mariner license, you do not have to get your STCW endorsement. Still, if you do not obtain it, you will be restricted to working on vessels within the United States’ Territorial jurisdictional boundaries.

Yes. Even if you are a steward or a cook on a ship over 200 GRT in international waters, you must have your STCW certificate to work aboard one. The US Coast Guard wants to ensure that everyone on the crew knows what to do in an emergency.

SafetyCulture is a multi-purpose platform that can help streamline the process of conducting STCW training and assessments. It can help the maritime industry and training schools manage their safety compliance training by providing customizable checklists, conducting audits, and creating digital reports. With SafetyCulture, you can:

When is a Vehicle Fully Autonomous? According to the Society of Automotive Engineers (SAE), fully ...

Shipyards can remain competitive in today’s ever-evolving maritime market by taking a ...

When is a Vehicle Fully Autonomous? According to the Society of Automotive Engineers (SAE), fully ...

Shipyards can remain competitive in today’s ever-evolving maritime market by taking a ...